There is a high fire risk related to the storage, processing and use of Lithium-ion batteries. In this article, guest author Neeraj Kumar Singal talks about best practices for fire detection and control in Li-ion battery pack manufacturing and testing facilities.

Cell failures of lithium-ion batteries lead to fire or explosion. What could be the possible reasons of cell failure?

There are two basic types of cell failure. The first involves defects attributable to manufacturing like the presence of undesired microscopic metallic particles, dry/uneven separators, use of mismatched or substandard quality electrodes, electrolyte or other materials directly involved in electro-chemical reaction in the cell and such defects may lead to localized over conductivity & overheating of the cell which may lead to fire or explosion.

The second type of battery failure is hard to pinpoint but could be related to storage conditions of high temperatures, static load or probability of damage due to fall, striking by sharp objects or low ventilation. Further, the heat generation during testing, (especially long duration testing) when the tested cells may be left unattended for considerable long periods could lead to unmonitored temperature rise & subsequent failure of cells.

Similarly during welding, if the specified electrical and mechanical (pressure, speed, arc strike at the desired location etc) parameters as well as right joining materials (say Nickel strip) of the specified physical shape, thickness, chemical composition and conductivity are not followed or the welding machine malfunctions – there will be a possibility of damage (internal or external) to the cells. Such damage may trigger overheating during further processing, testing or storage of the cells or battery packs.

Thermal runaway and fire of Lithium Ion batteries may also be classified as – Electrical, thermal, mechanical abuse and internal short circuit as under:

Electrical abuse (over-charging/discharging) – Overcharging or discharging to voltages beyond the manufacturers specified charge range could be responsible for lithium plating or dendrite formation on the anode. Later these dendrites may pierce the separator causing a short circuit between cathode and anode, leading to thermal runaway.

Thermal abuse (over-temperature): Internal temperature of the cell in the 90–120oC range will cause the SEI (solid electrolyte interphase) layer within a Lithium ion battery to decompose exothermically. At temperatures above 200oC, the hydrocarbon (organic) electrolyte can decompose and release heat.

Internal short circuit (ISC): An ISC occurs due to the failure of the separator, allowing contact between the cathode and anode via the electrolyte. This can happen due to any of the above three abuse conditions or because of a manufacturing defect.

The rise in temperature and SEI decomposition can lead to a loss of protection to the anode and the fluorinated binder within the anode can react exothermically with lithiated carbon, exothermic reactions between the intercalated lithium and electrolyte or cathode decomposition giving off oxygen enabling combustion with the electrolyte. The heat released increases the temperature of the cell and initiates additional reactions, which generate extra heat, creating a heat–temperature reaction loop. This loop results in high internal temperatures and pressures which can lead to cell swelling, cell rupture, gas venting (sometimes violent) and possibly fire.

Fire detection systems mainly include heat sensors, smoke detectors, fire alarms, visual monitoring through CCTV and onsite inspections of safe conditions & state of housekeeping. For control, along with the preventive mechanisms installed in the facility, the manufacturing or assembling premises should be adequately insured to take care of any losses to facility, material, equipment or the personnel associated with the operations. Of course with the installation of adequate fire control & fighting systems, the insurance premium reduces.

Fires are broadly classified as:

Lithium Ion battery fires are mainly of Class B & sometimes may also involve Class C because of use of electricity in manufacturing and testing activities. As lithium-ion batteries used in consumer products do not contain any actual lithium metal, the Class D fire extinguisher (dry powder type) is not to be used to fight a lithium-ion battery fire as Class D fire extinguishers are for the combustible metal fires. Further, experience shows that use of dry powder type fire extinguishers may result in excessive damage to equipment as the fine powder penetrates into smallest spaces of the equipment and renders them inoperative. Without fully opening or dismantling the equipment, resumption of functionality of the equipment is many a times not possible and may become a costly affair too because of the involvement of OEM in the restoration efforts.  It may also be kept in mind that lithium ion battery fires are preceded with smoke and sometimes a fire caused by a Li-ion battery can spread and ignite nearby materials.

Current standards do not have specific requirements for extinguishing Li-ion battery fires. Standards for Li-ion batteries are published by the Institute of Electrical and Electronics Engineers (IEEE), Underwriters Laboratories (UL) and the United Nations (UN) but they focus only on battery abuse testing to ensure that Li-ion batteries are safe during transportation. The tests are designed to be conducted under abusive conditions, such as crack, drop, shock, heating, and abnormal charging. This research gap forced the NFPA to conduct an assessment of Li-ion battery hazards.

Recommendations for Fire Fighting System in a battery manufacturing, assembling and testing plant

Based on our experience of manufacturing and testing of battery packs, following recommendations may be useful in planning to control & handling the lithium ion battery fires:

1. The factory area can be broadly divided into 4 zones of:

2. As cell and battery pack storage areas mostly contain bulk of cells which are the powerhouse of energy and are the potential source of fires or explosion, installation of additional systems like automatic water sprinklers and water storage tanks for lowering the temperatures of the affected cell- would be required in addition to the mix of chemical or CO2 or halon or foam type fire extinguishers (FEs). Halon FEs are very handy in containing just detected smoke or fires on a lower scale.

Combination of Heat and Smoke detectors with alarm systems are also very useful in the testing areas where bulk of the cells on receipt or multiple finished battery packs are tested together and any sudden incident may not be captured especially during the periods beyond normal working hours- especially when long duration testing is being carried out and the monitoring persons are scantly available during such periods.

For the other material storage, the inflammable materials may be stored away from non inflammable ones and if needed, may be separated with fire walls of gypsum type which can sustain atleast two hours fire without spreading to other areas so that in the meanwhile, external help may be obtained. Such separating partition walls may also be used for separating small lots of cells so that if a lot gets affected, other lots may be safely salvaged.

Storage areas may additionally have two access/exits so that in emergency, people and material may be removed from the unaffected side and enough ventilation is also ensured to reduce accumulation of smoke and toxic fumes.

Cell and battery store may be located on the ground floor, near the doorways/ exit points for prompt detection of incident and salvaging of unaffected materials. Further, such areas may have storage system made of high temperature resistant materials (e.g. steel instead of aluminium) and preferably be made using slotted structure for better ventilation & heat dissipation. Meshed storage enclosure is also better for inflammable materials including cells & battery packs (instead of brickwork or concrete walls).

In the manufacturing area, especially the welding section, the water, foam & dry powder type fire fighting systems may damage the equipment during fire and electrical connections may also trigger Class C fires. So a balance needs to be maintained between the loss potential and personal/ equipment/ facility safety. We recommend CO2 & dry powder type fire extinguishers in the area with overhead smoke detection, alarm & water-sprinkler system. The water sprinkler system should get activated only after auto cutting of the electricity supply in the manufacturing (production) area. Use of MCBs (Miniature Circuit Breaker) & ELCBs (Earth-leakage circuit breaker) helps in cutting off power supply in case of an electrical short circuit and preventing Class C fires. Manual master switch for cutting of power supply from a distant location is also helpful in safely fighting the fire without further damage due to electrical fire/ losses. Ideally, in case of fire, the 220 V or three phase power supply should be cut off and a battery powered low voltage (say 12V) power supply lighting and exhaust system (exhaust fan to remove smoke & toxic fumes) should automatically take over. Cross ventilated forced exhaust system (use of heavy duty exhaust fans) is a must in Lithium Ion battery pack manufacturing facility. A small portable water tank is handy in immediate immersion of the defective cells (to lower their temperature) which may get damaged or short circuited during welding.

Additionally, in the testing area, halon or CO2 fire extinguishers should be available to immediately extinguish fire / smoke due to overheating/ short circuiting/ thermal runaway of the cell/battery. Testing may preferably be carried out within wise mesh enclosure to ensure visibility during testing and for safeguarding from any cell parts in case of explosion. Otherwise, testing of cells may be carried out using the test equipment having capability to sense temperature rise of each cell during testing. Some equipment may have inbuilt features to cut off testing if the cell temperature rises above the preset upper limit.

3. Installation of CCTV systems and monitoring at a single location by the trained and vigilant personnel also ensures capturing the incident or abnormal event.

For further reading, we recommend going through this Battery University article about handling an overheated or on fire battery. The article notes the availability of improved methods to extinguish lithium fires such as Aqueous Vermiculite Dispersion (AVD) fire extinguishing agent that disperses chemically exfoliated vermiculite in the form of a mist and Extover- a lightweight and free-flowing glass aggregate can be applied to a burning battery by hand, bucket or shovel. A readily-available and effective fire retardant is sand kept in a fire-proof bucked. In case of fire, the flaming battery is moved into the bucked and covered with sand to allow a controlled burn-out. The sand can also be heaved over the hot battery to prevent the fire from spreading.

Further, in a study paper of M Ghiji titled “A Review of Lithium Ion battery fire suppression” (published in October 2020 by MPDI, the recommendations of various battery manufacturers for fire fighting is summarized as under:

It is apparent from the above compilation that maximum recommended fire extinguishing systems are Water, Chemical/Dry Powder, CO2 and Foam in descending order. A caution regarding Lithium metal battery fire is to only use a Class D fire extinguisher as Lithium-metal contains plenty of lithium that reacts with water and makes the fire worse.

Based on the discussion in this document and the extent and the type of operations of the enterprise, the fire detection and fighting system may be appropriately installed which should be periodically tested & maintained including refilling of the fire extinguishers.

This write-up is authored by Neeraj Kumar Singal, Founder and CEO of Semco Group. He is passionate about Clean Energy and working on various projects to build robust Lithium-Ion ecosystem. One of his ventures, SEMCO Infratech is a solution provider of  Lithium-ion cell manufacturing and pack assembly equipments. He can be reached at nks@semcoindia.com

And don't worry, we hate spam too! 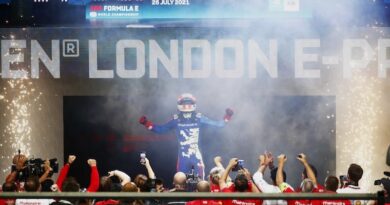 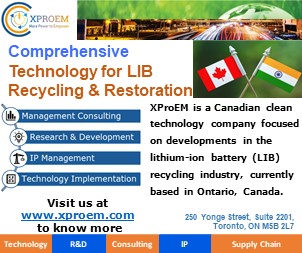 And don't worry, we hate spam too!